Air by the Ton 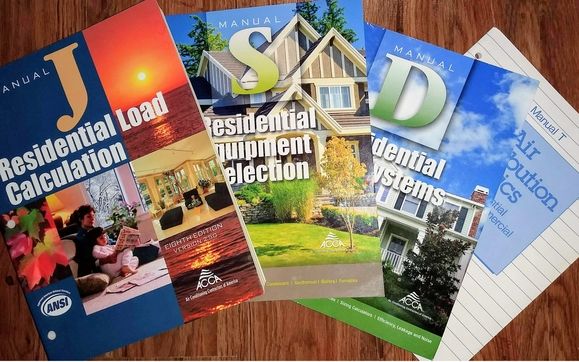 Air by the Ton

Every HVAC pro is familiar with air conditioning tons. But why do they measure it in tons anyway? It all started back in the days when they used ice for refrigeration, and the amount of ice needed was measured in tons. When mechanical refrigeration came around, the “ton” was firmly established as a measurement of cooling capacity, so it stuck. They just needed to figure out how much heat was extracted by a ton of ice and express that number in BTUs. BTU is short for “British Thermal Units.” One BTU is the heat generated if you light one kitchen match (the old stinky ones) and let it burn completely. This equates to the amount of energy that’s required to increase the temperature of a pound of water by 1° F.

True HVAC trivia geeks will impress their colleagues with the fact that before Willis Carrier invented the modern air conditioner, people used to cool buildings in the summertime with ice harvested from rivers and lakes in the wintertime. A Green Homes America article quotes ice production figures from the 19th century Ice and Refrigeration Journal, indicating that the 1890 crop from the Hudson River was about 4 million tons. Now that would be a stinky match inferno. But we digress…

For starters, the old “rules of thumb” of how to size an HVAC system just don’t work anymore. A lot has changed over the years with major advances in construction methods, materials, and HVAC equipment. The method used now is very scientific and complicated. Computers crunch a lot of data which gives contractors a much more accurate way to provide homeowners with a comfortable and energy-efficient home.

Performance Point uses a four-step process to accomplish this: Manual J, Manual S, Manual D, and Manual T. It used to be a simple matter of calculating building load and the number of tons an HVAC system must have in a given structure. So many square feet of the building will take so many tons of HVAC. Right? Nope, not anymore.

A “Manual J” load calculation determines what size HVAC system your home needs to meet the heating and cooling load, much more precisely. It is based on the amount of heat transfer that occurs in your home…transferred from outside to the inside & vice versa. Hold on to your hats, we’re getting nerdy here! The heat transfer equation is: Q = A*U*Delta T. And in English, that means: Heat transfer, “Q” equals the area in SF, “A” times resistance to heat transfer, or insulation, “U” times Delta T (temperature difference between one side of the insulated material and the other side). That is the essence of a Manual J, which stands for “Joule,” a unit of energy. All this science tosses the old Rules of Thumb into the archives.

It’s very complex because it takes many variables into consideration. Manual J measures how much heat travels from inside to outside and vice versa. It’s based on the insulation of the structure. That slows heat transfer down including factors like windows that allow solar radiation in. So Manual J is based on the whole thermal envelope.

All these factors are entered into a computer program. Factors like the area of the structure and all the insulation and values of those components. It includes orientation to the sun and the internal heat sources AKA “internal loads,” such as stoves, ovens, clothing dryers, and water heaters. Even the number of people in the structure is factored in. Yes, people… because our bodies generate heat. Just think of how much warmer a crowded room feels. The Manual J factors in two people for the master bedroom and one person for each of the other bedrooms. Each person produces a sensible load and a latent load. The sensible load is their body temperature, the latent load is about moisture. Both of these different loads need to be addressed by a properly sized HVAC system. Even climate data is tossed into the mix. We get that from the American Society of Heating, Refrigerating and Air-Conditioning Engineers, ASHRAE for short. In the winter, heat loss is based on how cold it is because heat will move closer to cold areas. They publish data every two years. Believe it or not but the world is getting warmer, increasing building loads.

Manual S is the next step after the heat transfer calculations are known. This step tells us how much heating and cooling equipment capacity is needed to keep that structure comfortable (think “S” for size). Equipment operates differently in different environments. The performance of this equipment is assessed in a lab based on 95 degrees outside temperature…but what about if you don’t live in Columbia, SC? (Columbia’s outdoor temperature goes over 95 degrees only 1% of the days of the year). That is where Manual S comes in. Manual S will correctly account for how the equipment performs over a variety of indoor and outdoor conditions so you can also buy the right size equipment for Charlotte which doesn’t go over 92 degrees but only 1% of the days of the year. As a side note, we call the temperatures that are not exceeded more than 1% of the year our design temperatures.

A little something for the true HVAC trivia geeks. Most know Charles Carrier invented modern air conditioning, but it wasn’t invented to cool a structure. It was invented to control the humidity in the pressrooms at large printing companies. Humidity was wreaking havoc because the ink smeared, and the paper wouldn’t lay flat going through the presses. So Carrier solved the humidity problem with his invention, and a wonderful byproduct of that same invention is that it also lowered the temperature. That’s really cool (pun intended)!

Performance Point provides the Manual J data as a third party to the HVAC contractor. They look at the sensible and latent loads, then source a system that satisfies those loads by the numbers. Looking at a Manual J and Manual S are two steps above a Rule of Thumb, but there’s even more.

Enter Manual D. Manual D is just as important, though many contractors stop after the J. Here is why it’s important: Manual D tells us the sizing of the ductwork (think “D” for ducts). Manual S considers the blower and the CFM it delivers but it takes for granted how that air gets to its final destination. That blower and CMF data is important to properly size the ductwork to get all that air to each room and Let’s say the air handler is at one side of the house and there’s a room 115 feet away. Manual D will tell us what size the duct needs to be to get air to that room. If it’s too small it’s going to create a lot of friction resistance which degrades the performance of the system. Static pressure and friction rate are critical factors in duct sizing. This ensures the air will properly get to all rooms.

Finally, Manual T determines the sizing and placement of the registers and returns in a room (think “T” for terminal). A lot of contractors use the Manual J at this point in time, and a lot fewer will also use the Manual D & S… A Manual T is almost never done except in high-end structures. Despite the technical challenges of completing a Manual T deciding you need to do one is a no-brainer when you realize the added value Manual T brings to the overall design.

Manual T looks at the register CFM output, and the register size, which will tell us the air velocity coming out of that register. Then we can calculate the sound that air will produce in decibels. Once we know the air velocity and the register size, we can make sure the sound is within the acceptable limits for residential construction. The Manual T will also allow us to make sure the “throw” of air is going to be optimal. The proper throw should produce enough air mixing without disturbing the occupied zone, where the people will be situated in that zone. Supply and return register placement is also critical. Improper placement can disturb room air mixing if they are too close or worse, suck up the supply air before it even gets into the room! Worst case it may freeze the coil in the air handler.

That is probably enough alphabet soup for now. If it’s not, call Rick Blair at Performance Point. He embraces the challenges and the value these 4 steps add to any HVAC design.