Conserving Energy is a Dollars and Sense Deal 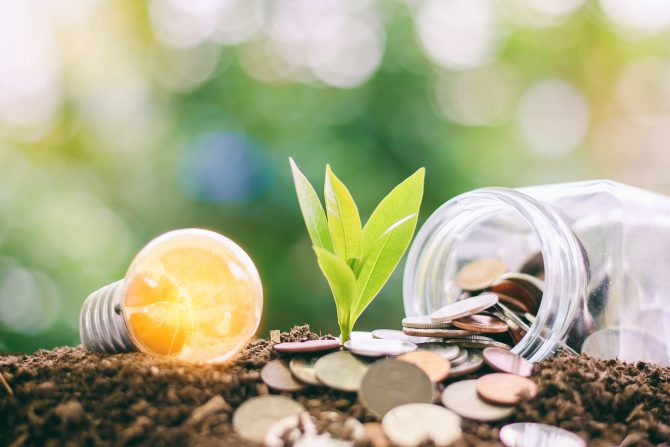 Conserving Energy is a Dollars and Sense Deal

Performance Point actively supports energy consciousness. We believe we are responsible for caring for the earth we inhabit. So, Energy Star compliance is one of the services we offer. It’s one of our core principles, not some high-faulting thing either. There are practical and financial benefits when builders and contractors support the program.

Most people know about HERS ratings. HERS is the industry standard for measuring a home’s energy efficiency. It was developed by the Residential Energy Services Network (RESNET), HERS is short for Home Energy Rating System. It’s like the Energy Guide Label used on appliances.  With HERS, a lower score (like in golf) is better for the home buyer…and it’s good for the birdies.

HERS ratings look at a number of variables that are assessed when assigning a HERS score. It includes building envelope construction details, mechanical systems, lighting & appliances, geography, and performance testing including blower door and duct blaster testing.

That said, HERS sets the stage for Energy Star which we think is a step beyond HERS. It is a more comprehensive evaluation of building energy efficiency.

Not many people know more about Energy Star than Performance Point’s expert Beth Ainsworth. She has worked with contractors and builders for 14 years. She says Energy Star has evolved since she started.

The EPA originally included a Prescriptive Path and a Performance Path. The Prescriptive Path had a lot of hard requirements…very specific equipment, windows, and various envelope components and testing values. It was dropped in 2015.

The Performance Path is based on the overall performance of the building. Energy Star Version 3.0 is now the benchmark and there have been 11 revisions of Version 3.0. There was very minimal paperwork when Beth started. It was very inexpensive then but with changes in the Energy Codes every few years. It’s different now Ainsworth notes: “As that [energy codes] got more stringent, so did Energy Star. Energy Star has to be above and beyond code. For instance, the insulation values in walls changed in 2019 from R13 to R 15. As codes become more stringent, Energy Star has to keep pace with those changes,”

Ainsworth points out: “Energy Star is above and beyond HERS ratings. For example, HERS ratings don’t require duct leakage numbers, exhaust fans in bathrooms, or kitchens. HERS doesn’t require a rough inspection or worst-case evaluations for walls. An Energy Star certification must include a rough inspection, HERS does not. We go out at the rough-in stage to inspect insulation before the drywall is hung. We look at air sealing, HVAC ductwork before it gets covered up, or anything that could be a problem in the future. It’s a very detailed checklist. The final inspection includes ducting tests, building envelope testing, bathroom, and kitchen exhaust fans, room-to-room pressure balancing. That may include jumper ducts to ensure proper air returns.”

The final step is: “We get all the equipment model numbers including appliances. HVAC companies have to complete an HVAC design report as well as an HVAC Commissioning Report which includes the HVAC refrigerant charge levels. We do provide an Energy Star Certificate to the client and/or homeowner with limited data,” Ainsworth concludes.

A complete Energy Star evaluation adds around $2000 to builder or contractor costs. That’s not much when most new homes cost $350,000 or more and large multi-family projects come in over seven figures. Ainsworth says Energy Star compliance is trending up with about 50 percent of the builders and contractors signing up. “It’s all or nothing for production builders. They’re either 100 percent dedicated or not. Builders have to be certified as an Energy Star Partner before they begin building anything. They can sign up on the Energy Star website as 100 percent dedicated to Energy Star construction. We have a mix of some builders that are certified and some that are not. The same applies to HVAC contractors (HQUITO) H-QUITO” is an acronym for an EPA-recognized HVAC Quality Installation Training and Oversight Organization (HQUITO). An. explanation of this credentialing process and links to H-QUITOs, which maintain lists of credentialed contractors, can be found at www.energystar.gov/newhomesHVAC.Dec 1, 2016. We stay on top of this to validate their credentials,” she says.

Ainsworth says: The cost/benefit equation changes in a competitive market where buyers look for when the Energy Star value added could tip a buying decision. Right now, the housing market is red hot, making it a seller’s market. So it follows that Energy Star is a less viable consideration for builders and contractors. “The pushback comes because people want something tangible. They can’t touch money savings. Out of sight, out of mind type of deal,” Ainsworth thinks.

Performance Point would like to see more builders be part of the solution rather than part of the problem. They are finding homeowners more conscientious of energy usage. On the builder’s side, this is especially important for large apartment complexes where there are large common spaces such as corridors or heated garages. And, if they can show lenders their energy consciousness they can often get a reduction of P&I. That’s significant for a multi-million dollar complex. Performance Point also subscribes to the National Green Building Standards.

When it’s all been said and done, energy conservation not only saves the environment, it saves builders and their customer’s money.